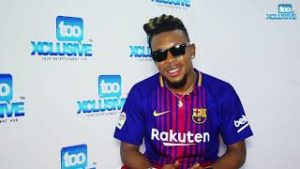 Mr. Real, as an artiste, has become the cynosure of the industry since his idea of dance music (Legbegbe), became a trend. The street pop artiste became such a hot property that the likes of D’Banj and Jaywon have invited him for collaborations and the Headies organizers recently acknowledged his brilliance with a nomination.

The singer however has added another achievement to his list of accolades, in the form of an artiste deal with Sony Music Entertainment Africa. The singer’s management confirmed this story over a phone chat with a TooXclusive staff member.