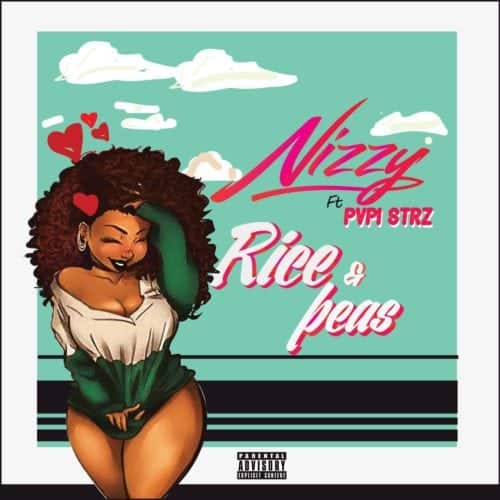 Following on from last summer’s critically acclaimed Dreamin’ In Colour EP, which was supported by Red Bull Music, GRM Daily, iHeart Radio and Unsigned Music Awards, among others, and on the back of garnering millions of streams on YouTube and Soundcloud, UK Afrobeats musician Nizzy is back with a brand new single titled ‘Rice & Peas’ featuring Afrobashment newcomer Pvpi Strz, along with an exciting new music video to go with it, as premiered via GRM Daily.

Produced by burgeoning UK beatsmith Dr. Ish, ‘Rice & Peas’ is the lead single from Nizzy’s forthcoming sophomore EP, and it sees the London-based crooner delivering an infectious slow-building summer jam, with fitting support from Pvpi Strz, who is surely one to watch for the future. Known for his genre-fluid tracks, this new single is excellently held together by glorious Afroswing and Dancehall sensibilities, and captures Nizzy’s experimental essence, which we’ve come to expect.

For the accompanying ‘Rice & Peas’ video, Nizzy links up with fast-rising video director Marika Godwin, who has previously worked with the likes of Nolay, Trillary Banks, Runtown, and L.A.X, for a warm and colourful visual affair that brings the record further to life. Shot on location in Gillingham and the ever-vibrant Shoreditch, the visuals capture the very essence of the Afrobashment love song, with Nizzy serenading his leading lady, and Pvpi Strz, paying homage to black beauty.

Speaking about how the ‘Rice & Peas’ record came about, Nizzy says, “the lyrics of the song, ‘you sweet like rice & peas’, is just my way of praising a beautiful lady that you’ve fallen head over heels in love with. As soon as Dr. Ish played me the beat, that phrase was the first thing that came out of my head, and I thought go with that same mood and vibe for the record, and for the visuals, I just let Marika do her thing, as we’ve worked together before, and she knows my vibe”.