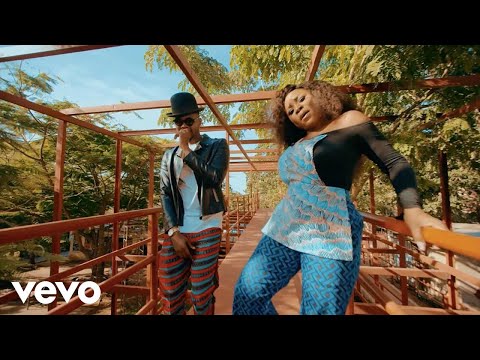 Vocal powerhouse, Omawumi drops the video for her collaboration with Kizz Daniel titled “Me Ke“.

This would be Omawumi‘s latest effort since her applaud-worthy third studio album ‘Timeless’ which apparently wasn’t met with the desired pomp. However, she is showing herself back to form in this urban street-style sound of music that is magically riffed with chords from an electric bass guitar and saccharined with the velvety tones of the smooth-singing Boy Kizz.

The mid tempo-ed rendition is one that will be welcomed with a shocking excitement as “Me Ke” is a sonorous blend of singing that was perhaps never thought of or imagined. With the kind of presence that Omawumi commands with her mezzo soprano vocals, ideally, Kizz Daniel‘s voice should be relegated to the background, but no! He’s loud, clear and stunting with that award-winning vocal swag to complement Ms Megbele’s high notes.

You see, sounds like this justify the reason why the Boy Kiss should have even left his former music label earlier than he already did. Because now, there’s impressing evidence as to the incredible genius in his talent versatility. Omawumi on the hand remains untouchable as she stays seated high in her strata of class, as a composer, singer and performer.

Me Ke is the first single off her forthcoming EP.

The video was shot by ace visual director, Unlimited LA.

Watch the video below and don’t forget to share your thoughts.

Now I’m looking down on these haters