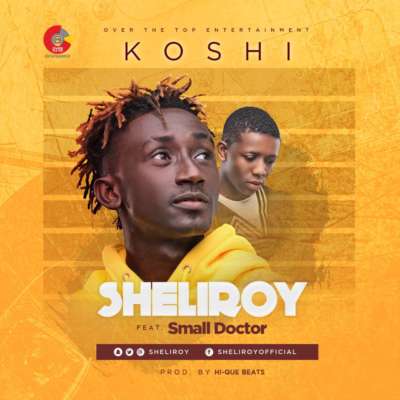 The Over The Top Entertainment superstar Sheliroy who has been putting great deal of efforts in his game since he set to lime light,  opens his 2018 account with a new record entitled ” Koshi ” featuring king of the street Small Doctor .
The song titled KOSHI is produced by the ultimate hitmaker himself Hi-Que Beat, and directed by the well versed Moe Musa. This could be a potential chart topper, Feeling doubt? Hit the download button below and give your thoughts.
Watch & Download “Sheliroy Ft. Small Doctor– Koshi” below
Get audio below
Sheliroy – Koshi ft. Small Doctor