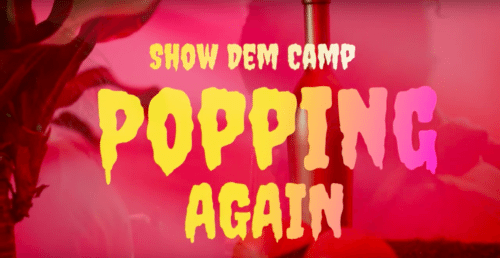 Show Dem Camp are back with a Palm Wine themed house party in their new music video, “Popping Again” crowning what has been a successful year for the duo since the release of their Palm Wine Music Vol 1 EP

Popping Again features frequent SDC collaborator; Boj and Odunsi The Engine who both bless the track with memorable performances.

The colorful video, directed by King Davies with creative direction and set design by Isabella Agbaje perfectly captures the essence of Palmwine Music with cameos from a lot of familiar faces and newer voices who have created their own lane in Nigerian music

The video was shot entirely in Lagos and is the first in a wave of new music from the camp this year.