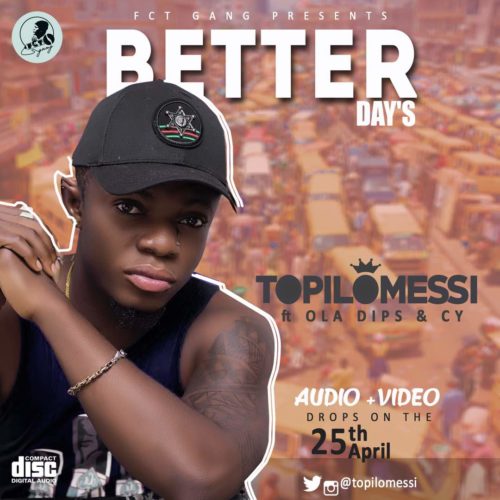 Fct Gang frontier Topilomessi is out with another banger “Better Days” after the release of his rap track “Omolatorun” which received a lot of airplay’s!!! He never stops to give us the kind of rap We want and this time he teamed up with LRR signee “Omo Iya Aje” Ola dips himself and Cy
Listen and download.