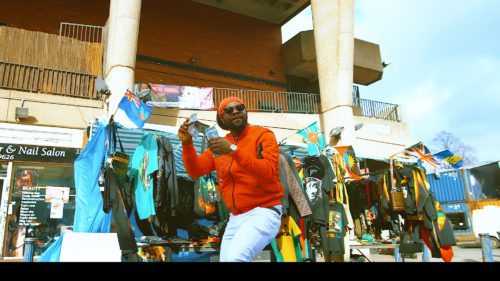 Wajudah was born in Lagos Nigeria and discovered his passion for music whilst attending church as a small boy with his mother. His creativity grew whilst he was at boarding school and on leaving he put all his energy into writing and recording his songs and making music his career.

Wajudah started recording in Nigeria in 2003 and then spent time in Ghana in 2006 recording two songs and composing lyrics. He returned to Nigeria in 2008 and continued working towards his album. He completed his debut album No Be By Dada after the hit song No Be By Dada gained worldwide airplay and collected two categories in the Nigeria Music Video Awards in 2011.

In 2014 Wajudah relocated to the United Kingdom and continued recording music, he released his single We Run The Town which he followed up with the EP titled Lagos to London. In 2017 he released the song Come And Do which was followed up quickly by the video to complement the song. In July 2017 Wajudah released his new album titled 35. The album is made up of 11 tracks which range from all genres of music.