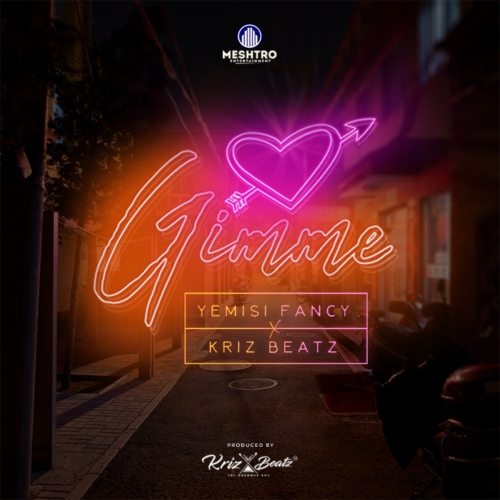 Fast rising Afrohouse singer, Yemisi Fancy connects with producer Krizbeatz to create Gimme Love, a sexy mid-tempo stunner that hints of young love and sizzles with each note. GimmeLove is light but inviting and has the potential to become a permanent fixture on playlists across the country.

The multitalented Yemisi Fancy kick started her career as an actress on the M-Net long running television series, Tinsel where she can currently be seen, captivating audiences across the continent in the role of Helen, alongside Tomi Odunsi and Yewande Lawal.

However, Fancy’s passion for music and dance led her to launch her music career in October 2015 with her debut single, Faraway.

In January 2017, Yemisi Fancy was signed to indie record label, Meshtro Entertainment and a second single, the Sess produced Oyari followed shortly after. Playing in the genre of Afro-house, Oyari received positive reviews and considerable airplay. In August 2017, she made her first connection with Krizbeatz and the result was, Disco, a dance pop confection.

Yemisi Fancy derives her inspiration from lived in experiences, music, poetry and similar elements that catch her fancy. She is quite comfortable in the Afrobeat, R&B and Fuji zones and her music explores various aspects of the afro-house genre.

A forthcoming EP is presently in the works.