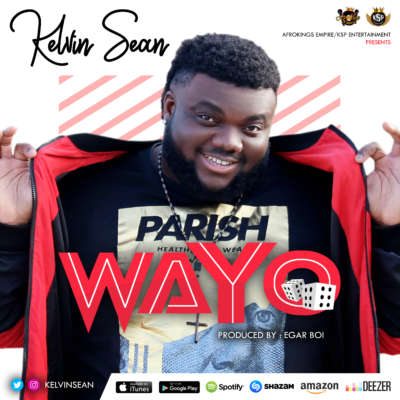 Wayo is written and performed by Kelvin Sean. You only have to listen to this song once to fall in love with it. Produced by Egar Boi, mixed and mastered by soft mix. Guitar arrangement by Vkel. Visuals directed by Lucas Reid.

Hit the download bottom and enter the love season with Wayo on your playlist.

Link up with Kelvin Sean online: