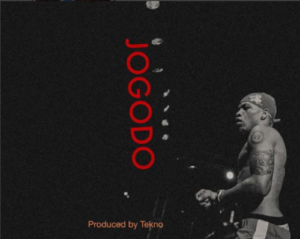 It has been almost a year since Tekno had a hit of his own. Most of his later works of last year and earlier this year, never hit the mark except for ‘Green Light’ which got good buzz but the official credit goes to the owner of the song – DJ Cuppy. Tekno Jogodo Review

It is clear that this is not the Tekno of 2016 – ‘the Pana Tekno’ who effortlessly made hits out of female names.

How do you explain that an artiste of Tekno’s stature still has no album in his discography and even when he came close to releasing “Teenage Dreams” he had to push it back perhaps ‘cos he was uncertain of his stand in the heart of Nigerians. He has since been launching series of attempt to claim his lost spot but his attempts have been unsuccessful. Still in the aim to climb back to his previous height of relevance, he has released ‘Jogodo’ and below is what we think of it.

Remember to tell us how you feel about Tekno’s ‘Jogodo’ in the comment section.

@ibironketweets  That Tekno produces some of the best dance beats around here is no contest, even Drake knows that much but beyond dance his music is of little value.

‘Jogodo‘ is another product of Tekno’s dance-friendly music expertness with a major cut from an early 2000s classic street anthem and a scoop from This Timz’s Instagram popular ‘Soco‘ freestyle. Tekno perhaps took from here and there to arrive at this. I wouldn’t be surprised if ‘Jogodo‘ is another freestyle with a basic intent to sell the beauty of its melodic sound and smooth rhythm in a way that it causes its listener to burst one or two moves of dance. If that’s the idea, Tekno aced it.

In the end, even great artists make fake art. Tekno has had his fair share of fake compositions in the past and he has been busy looking for his shine and with this record, he creates a spark that I hope he can recreate again and again until he has a beaming light.

@manlikeyhusuff  Jogodo by Tekno is quite a commendable effort. It’s not just the throwback feel that gets one so excited because on a second listen you get to realise that Tekno added a lot of rhythm and flavour which the originals lacked in some aspect, no disrespect to Mad Melon and Mountain Black.

Thinking out loud, could this be a new tactical plan by Triple MG? Because in February, Rogerlino an act signed under the Triple MG imprint did something familiar by dropping a “Lost” medley which had some beautiful representation of a throwback feel.

Not deviating from Jogodo, Tekno should be applauded for doing something different by not following the current Shaku shaku wave which might just be a bore in the next few months.var VUUKLE_EMOTE_SIZE = “”;
VUUKLE_EMOTE_IFRAME = “”
var EMOTE_TEXT = [“DOPE”,”TRASH”,”WACK”,”MAD JAM!”,”JUST THERE”,””]

The post With ‘Jogodo’, Tekno Is Back To Making Hits?..My Thoughtz appeared first on TooXclusive.