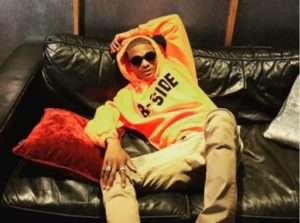 The penetration of Wizkid‘s music into the International entertainment market cannot be better confirmed than the news that Rihanna, and British model & actress, Naomi Campbell, shared the trending video of the Ikorodu dance group with Wizzy’s song playing in the background.

The recently released tune titled Nowo by DJ Spinall which features the Starboy, has found its way across the African border to the center of Hollywood where the likes of Rihanna & Naomi Campbell now vibe to it.