Wizkid seems to be preparing to release another album, just months after he released Sounds From The Other Side. The singer made a post on Instagram with which he teased him followers that a new album might be in the offing. 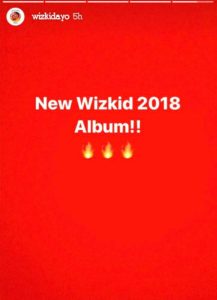