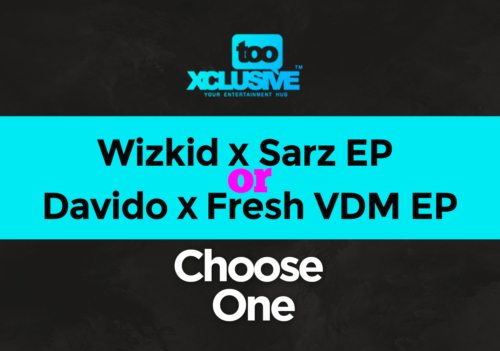 While the synergy between Wizkid and producer, Sarz, has been tested and proven on songs like  ‘Come Closer’ and ‘Beat Of Life (Samba)’; Davido has shown that the best of his music abilities manifest when he is working with Fresh VDM, like it did on songs like ‘FIA’ and ‘Flora My Flawa’

Some weeks ago, around the time producer, Sarz, was celebrating his 29th birthday, the internet was saturated with stories about a possible joint EP with Wizkid. These stories sparked a reaction from an opposing section of the fans who have touted a Davido and Fresh VDM joint EP as a better alternative.