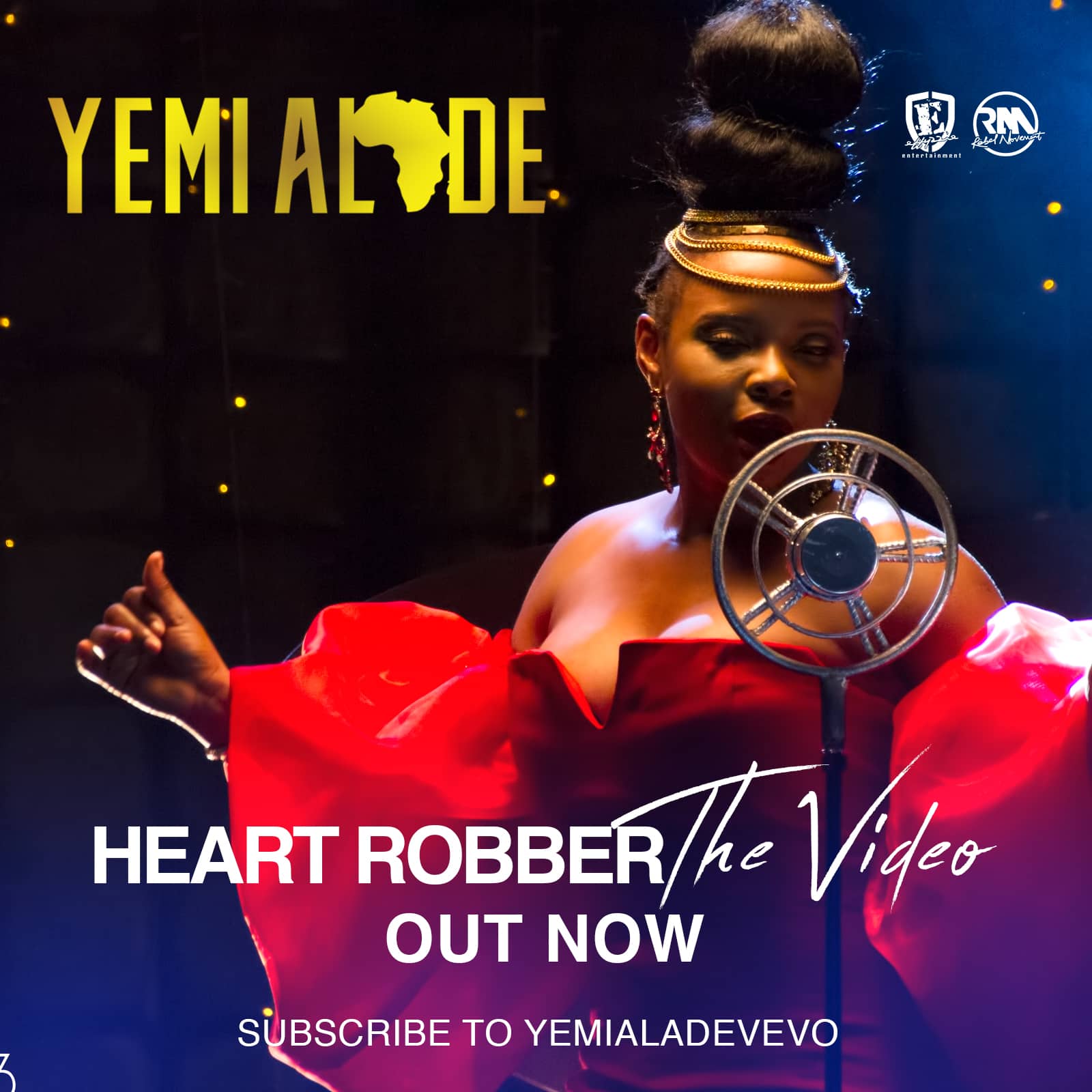 Still basking in the frenzy caused by the music video for “Go Down”, Africa’s championing diva Yemi Alade releases a new video off her “Black Magic” album, just before she kicks off the European leg of “The Black Magic World Tour”.
The KrizBeatz produced afro-pop candy was released as a buzz single last year alongside the Falz assisted smash “Single & Searching”, but became a viral hit due to the trending#HeartRobberChallenge which was won be rapper Brainee.
The much-talked about song now gets a video treatment directed by the raved Clarence Peters, and it is a spectacle. Watch and enjoy!
Yemi Alade – Heart Robber
Watch music video below!