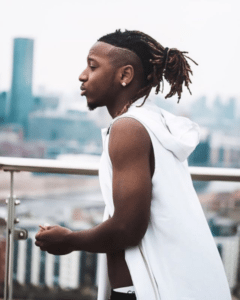 Yung6ix has handed a response to one of his Instagram followers who slammed him for posting about the Real Madrid versus PSG champions league game, from the hospital bed. The rapper called the ‘rude’ fan a coward, stating that he/she would end up hospitalized or dead, if the rude comment was made in ‘real life’ and not on social media.