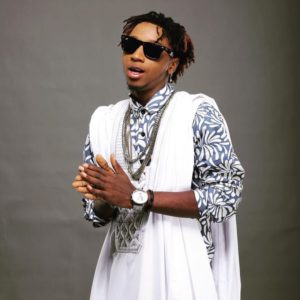 Rapper, Yung6ix has stated that he might stop performing with jewelries henceforth. He made this statement via a tweet. The statement is coming just after the news that Mayorkun lost his “30 Billion Gang” neck chain, broke out. In the tweet, Yung6ix gave a short narrative of he almost lost his jewelry to a fan who he innocently took a selfie with.

Yesterday a fan tried to rob me in UNN and it was a guy who took a selfie with me few minutes before he tried to rob me. Thank God for Warri orientation could have lost millions in chains and Phones. Might stop performing with jewelry for security reasons.