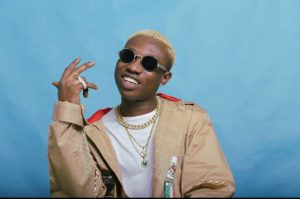 Street pop sensation, Zlatan Ibile has been reportedly assaulted by family members of a certain young boy named Segun Wire who the singer showed his benevolent side to. The report has it that the singer was battered in the neighborhood of Ikola Ilumo where the young boy’s family members came to claim his custody.

Recall that Zlatan took up the duty of catering for a certain kid who became a viral sensation for revealing his plans to go into internet fraud when he said ‘mo fe Chache’ in a video that hit the internet. The young boy has been living with the singer since albeit against the wishes of family members. Now the family member decided to go aggressive about their request to have back their son.